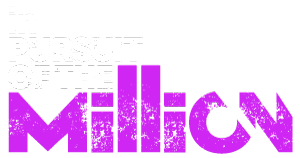 The CEO of Brave Global, a non-profit determined to bring the gospel to young women, specifically young women ravaged by the evils of sex-trafficking. 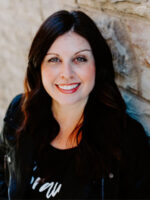 In Luke 15, Jesus asks His disciples, "Which of you men, if you had one hundred sheep, and lost one of them, wouldn't leave the ninety-nine in the wilderness, and go after the one that was lost, until he found it? As Christians—better yet—as youth leaders, we'd like to believe we would go after the one. But let's be honest, it's much more difficult to pursue the "one" than we think. When the rubber meets the road, and the going gets tough, sometimes it's easy to give in and give up and to pander to already-perked ears. But Miley Waterman is built differently. Though she's not necessarily a veteran in youth ministry, the stories, and lives she's become a part of has molded her into a leader that will never stand by and stand down from pursuing those who society tends to push to the outskirts. The Long Beach-based youth worker has been involved in ministry for only seven years, but the international-level Miley works at, makes her one of the most experienced leaders in the UYWI network.

Miley is the CEO of Brave Global International, a non-profit determined to bring the gospel to young women, specifically young women ravaged by the evils of sex-trafficking. For years, the transformative work of Brave Global, especially with Miley as CEO, has aligned with UYWI's own vision for young people. "Like UYWI... [part of] Brave's strateg[y] in reaching the next generation is to resource the people who care for them," says Miley." Whether it be an urban youth worker, a social worker, a probation officer, or foster parent, our goal is to get them all of the tools they need in order to empower their youth effectively." Both Brave and UYWI share Kingdom-oriented mindsets in that, as Miley puts it, "no one is too far or has been through too much to be reached by a love that heals, transforms and changes lives."

And changing lives is what Miley through Brave does best.

"We can each do something, Miley implores. "We have to find what that something is for us and devote our unique time, talent, or treasure in that way." 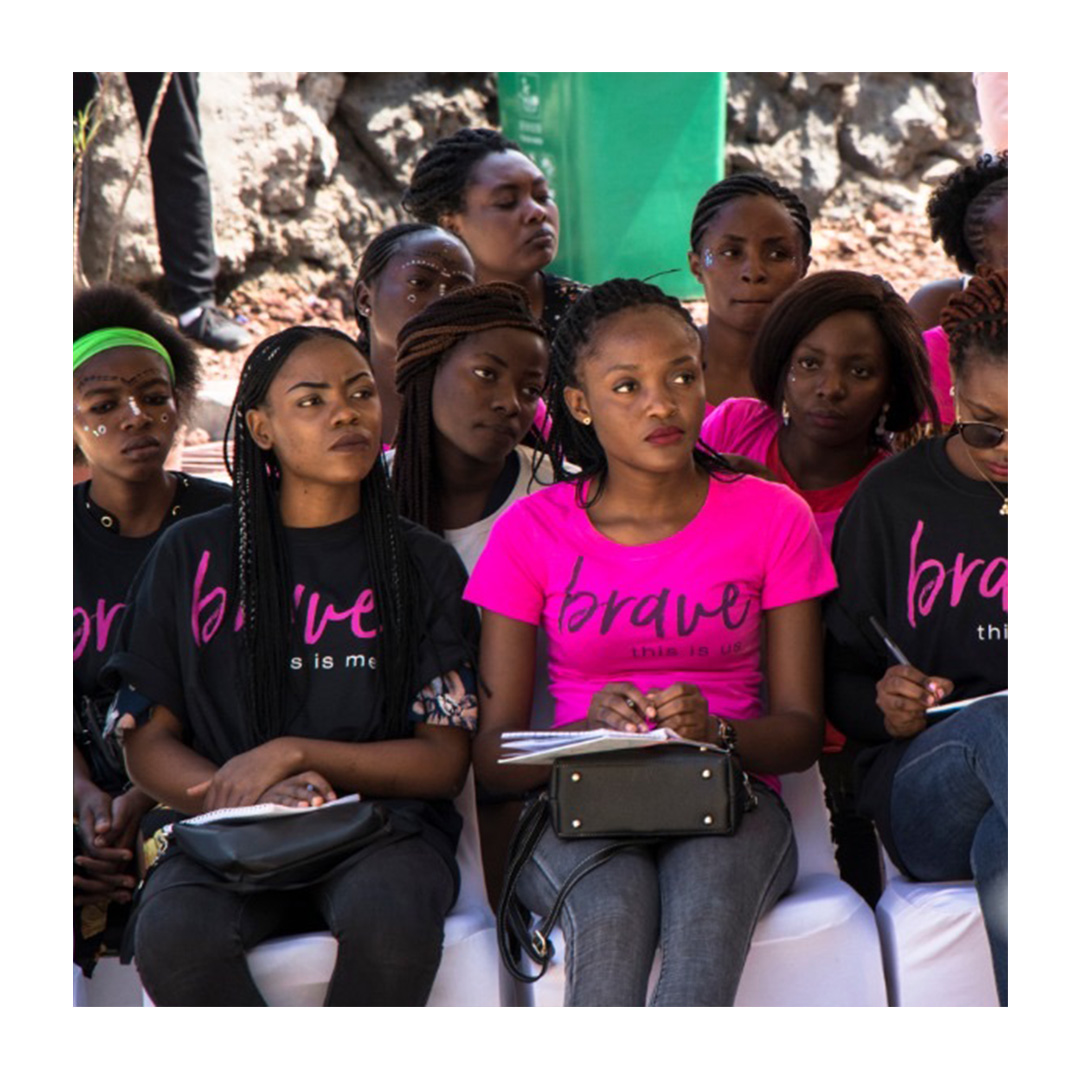 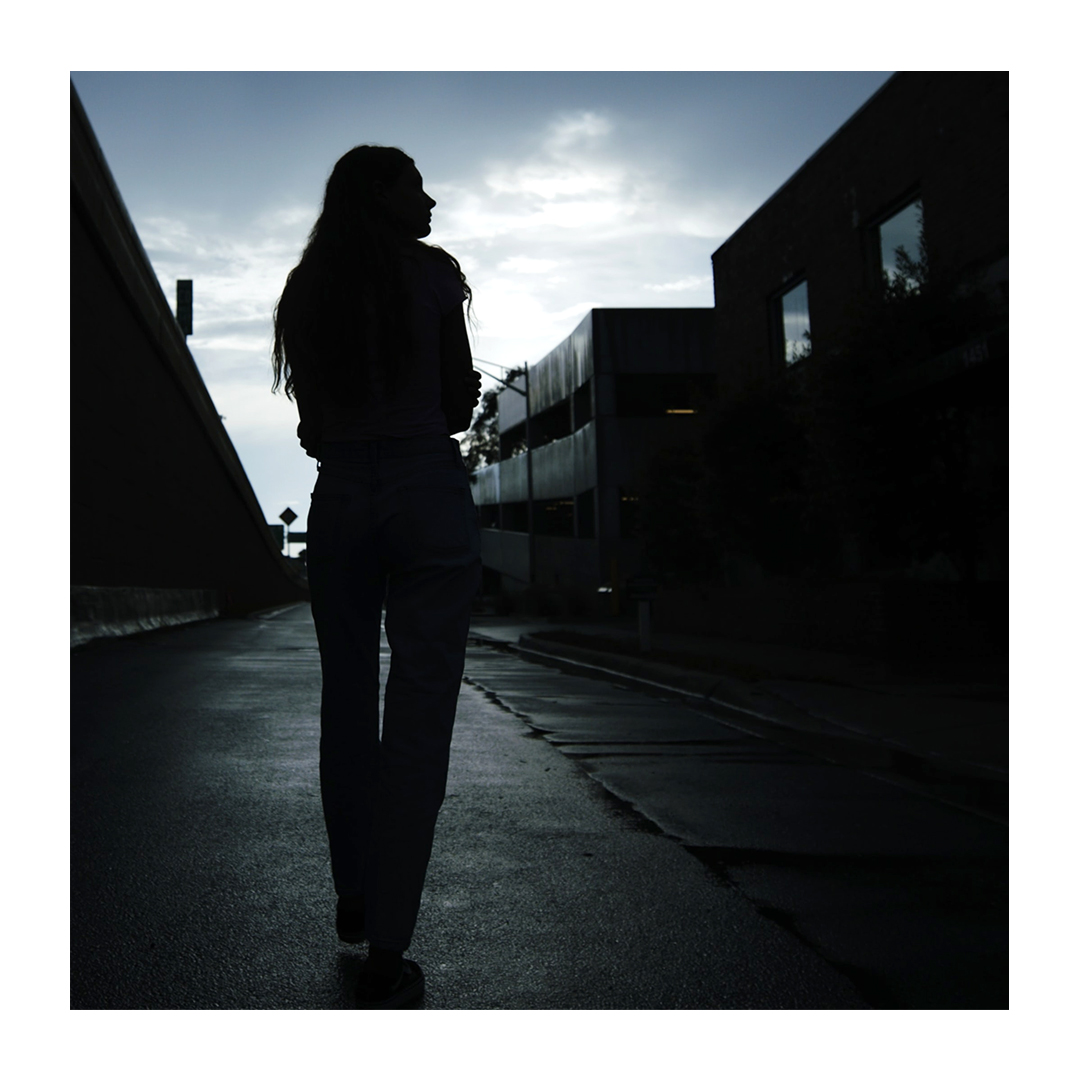 Several years ago, Miley, a career event marketing & production specialist, felt called to something greater. As Miley became increasingly involved in ministry for her local Church, she was being pulled to the horrifying reality of vulnerable youth targeted for sex trafficking. "I was outraged and could hardly believe this was happening in my own city, much less in many seemingly safe corners of our world," Miley recounts. "One of the major misconceptions around trafficking is that it is an 'underground' crime ring or happening in other countries—not true." Miley is right; human trafficking is an invasive and deeply systemic virus disguised as an industry, earning global profits of roughly $150 billion a year. What's even more troubling is the fact that in her own city, "70-80% of trafficking victims between the ages of 12-18 were a part of the foster care system," Miley says. Because sex trafficking targets youth from broken childhoods, Brave Global was birthed and has now seen its impact spread its wings across other cities, states, countries, and continents. Brave's official mission is "To empower youth in order to stop exploitation & trafficking.

Even in the daunting face of trauma levied by sex-trafficking, Jesus works in mysterious ways, and Brave Global has witnessed it. In fact, Miley has seen Jesus come out on top of a multitude of seemingly hopeless situations.

Whether its a young girl relegated to sleeping on a bare mattress in a strange house while their mom turned tricks in the next room, or a girl shunned by their family and sold into slavery, Miley saw Jesus claim victory in their lives and situations. "I believe the future of the church is allowing Jesus to use us as vessels to meet the most vulnerable right where they are—just like He met these girls," Miley proclaims.

As Christ continues to operate through Brave and Miley as its CEO, it's clear their transformative work is essential to UYWI's mission in pursuing the million youth that are leaving the Church every year. Let's face it, the future of the Church, multi-ethnic and of course, young—a closer reflection of the Kingdom of God than what we have now. But to realize this future, we must reach our young people. "I believe youth want to make a difference," Miley declares. "They desire to be changemakers and to be seen as a valuable, integral part of making this world a better place. I believe they are tired of stereotypes and ideas that coin them as unproductive bystanders or nuisances to society. The Church needs to recognize this and begin responding with a new respect for them as the next generation's leaders."

Did you know?  When you become an Urban Ally, you are stepping from the sidelines and into this movement by committing to being a financial partner. You can join this initiative by contributing at least $25 a month and have your gift go DIRECTLY towards resourcing and training urban leaders.

Become a partner by

Miley couldn't have said it any better. With a clear roadmap of what the future has in store for the Christian Church—good and bad— it is now irrefutably necessary that the Church needs to show our young people they are a part of the solution. "Let's give them a reason to contribute to serving & leading alongside us," Miley urges. "Let's give them a reason to believe they matter to us, not because we say it, but because we show it."

Though the prospects of a diverse Church, led by young people, runs joyously in the back of the Brave Global CEO's mind—and all of ours frankly—helping actualize this future is never smooth-sailing. According to Miley, she battles doubt in some shape or form almost daily. "Most often, it's because the problem seems so large, and it is," Miley admits. But she, more than anyone, understands no one person or one organization could solve an issue of this magnitude. "We can each do something, Miley implores. "We have to find what that something is for us and devote our unique time, talent, or treasure in that way."

Though it's never easy being positioned as the CEO of such an empowering and global organization, Miley has a community and guidance by her side. Actually, some of that guidance has come through UYWI's NXT LVL Coaching program, which has helped her "in identifying strengths & weaknesses and breaking down the challenges into smaller, more attainable chunks," Miley reveals. "It shows you the deficits you have as a leader and an organization, so you can seek help and focus on improving those areas." The NXT LVL Coaching program has also equipped Miley with tools for "recognizing capacity, strategic planning, and constantly returning to our mission & vision," Miley reflects.

Being the CEO of Brave Global is a tall task, but no one is better for the job than Miley Waterman. Though the stories and realities she braves are challenging and demoralizing at times, she has a community and a God that keeps her afloat. More than ever, Miley's heart remains driven and vibrant for the young women she has served and continues to serve, day in and day out.

If Miley's story and the work she does as Brave Global's CEO matters to you, please consider donating to our #PursueTheMillion campaign. Your donation will help UYWI continue to foster partnerships with organizations like Brave in 2021 and beyond because the future of the Church is here and now.

“Like UYWI... [part of] Brave's strateg[y] in reaching the next generation is to resource the people who care for them,” says Miley. "Whether it be an urban youth worker, a social worker, a probation officer, or foster parent, our goal is to get them all of the tools they need in order to empower their youth effectively." 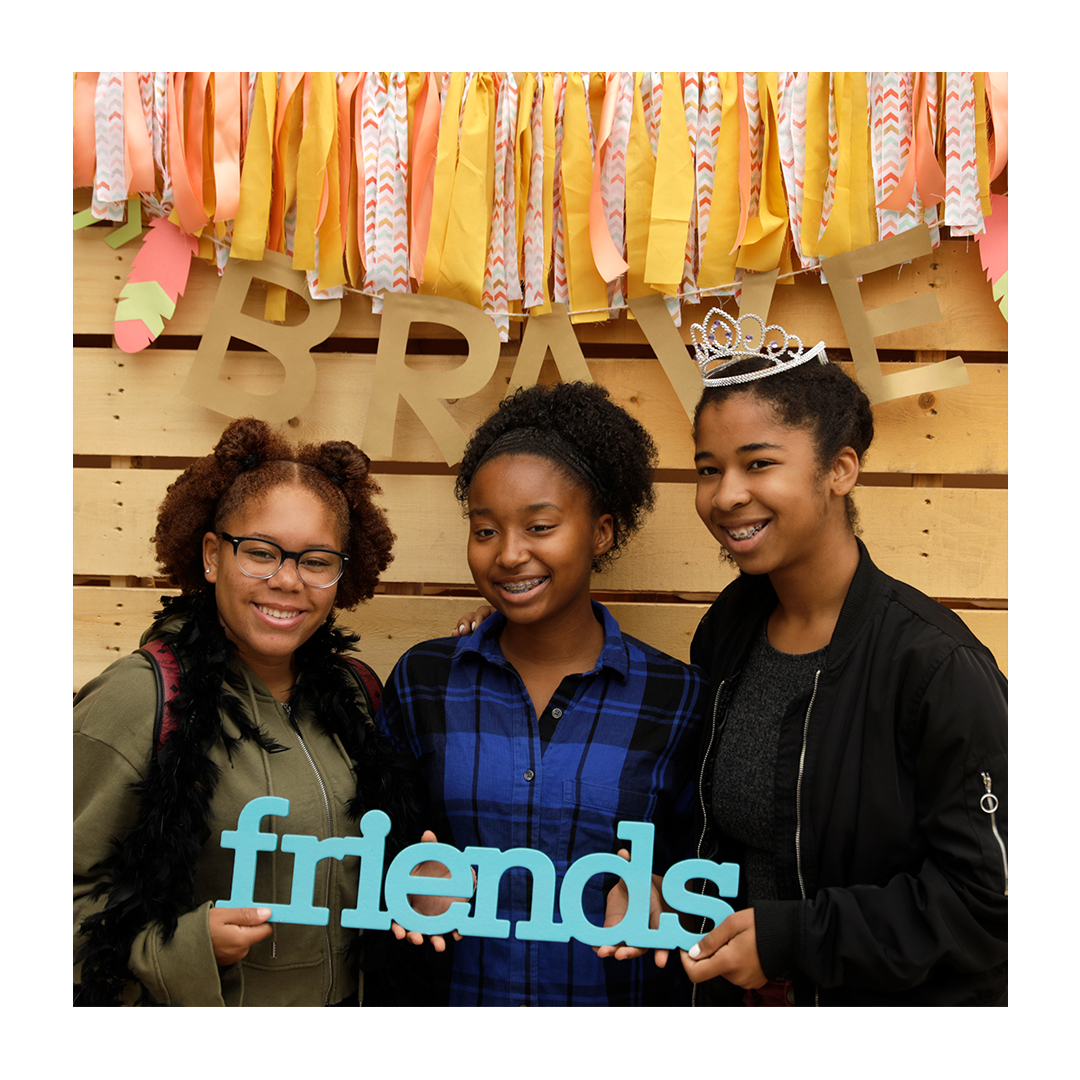 Let us continue to partner! Leaders like Miley need your support so that this next generation not only hears the Gospel but sees it lived out. 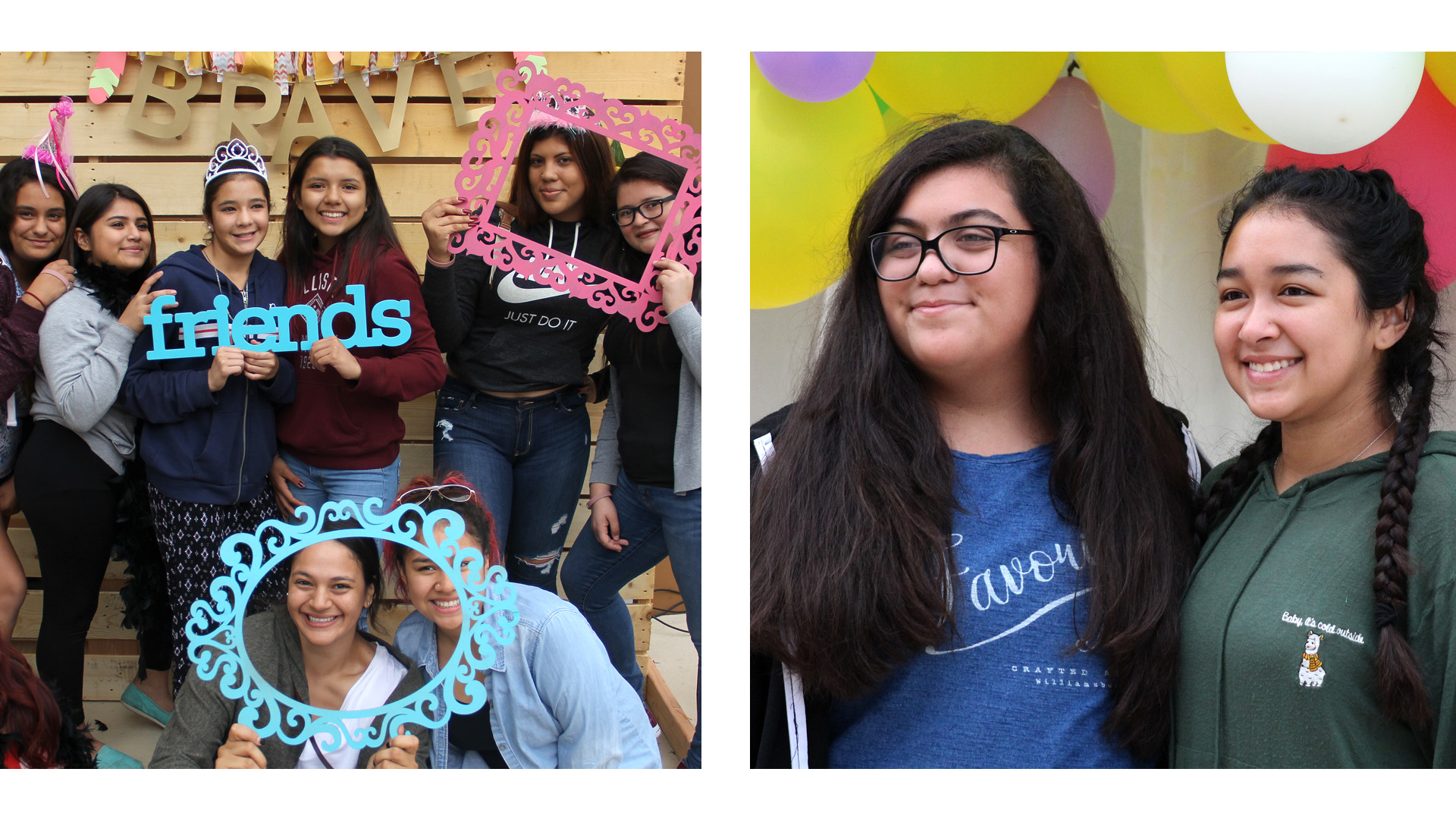 Become a partner by