In the first article of this series, we provided a macro-view of gentrification and explored its roots in systemic racial practices. Now In this article, we will take a look at the negative impact of gentrification, focusing on the correlation between gentrification and the criminalization of non-majority populations and communities, who have been and continue to be disproportionately affected.

In the first installment, we learned that one result of the racially-motivated real estate practice of redlining was the creation of urban neighborhoods. These neighborhoods would become enclaves for low-income and working-class families, represented largely by African-Americans, Hispanics, and other immigrants. Why? Because realtors refused to show properties in neighborhoods outside of redline districts to non-whites. Why? Because financial institutions would not approve loans for people of color in communities deemed “desirable” for economic growth. As a result, declining property values—coupled with a lack of investment in infrastructure and incentives for business growth—deepened impoverished conditions in redlined, ethnic-based communities across the country.

Investment in infrastructure includes everything from reliable public transportation, street lights, retail options, grocery stores, laundromats, snow removal, roadway maintenance, auto-repair shops, banking institutions, affordable housing, and a host of other services that are readily accessible and necessary to meet the most basic of needs for human existence.

Investment in infrastructure also considers a long-term plan for business and residential growth that encourages public and private sector collaborations that leads to a steady rise in the property values and a flow of funds retained in the local economy. Vibrant business growth ensures that viable job opportunities exist for members of urban communities. It also inspires entrepreneurial investment in launching businesses that serve to better the community and provide jobs. For example, when hard-working and business-savvy parents have the opportunity to open a small business in the local neighborhood, they are directly contributing to community fiscal growth and stability, which then increases economic value for the community.

When these factors are missing from urban neighborhoods—because such investments are neglected by municipal growth plans and omitted as a “line item” from the budgets of local politicians—a host of negative subculture behaviors begin to manifest; behaviors that lead to criminal activity such as a rise in crimes as small as menial ordinance violations, drug-associated crimes, and to an extreme—gun violence. What is important to remember about this rise in crime is that the cause of such behavior is an attempt to manufacture opportunities for financial, social, and occupational security.

A negative impact of subculture behaviors is the narrative that media outlets choose to ascribe to criminal activity, which they often do from the micro-lens of attributed personal behavior rather than the macro-view of the systemic factors that maintain standards of inequality. This then feeds into broader stereotypes that can easily become racially motivated propaganda.

We propose to flip the narrative. In doing so, we pose that the real crime is the practice of gentrification, which forces a subversive subculture to manifest and then demonize residents for participating in such activity.

From the lens of this flipped narrative, we can see that gentrification is fueled by the misconception that the urban neighborhoods, in which crime, gun violence, and poverty appear more visible, is a byproduct of “the people” who live in “those” communities rather than addressing the racially motivated systemic practices that created the conditions for poverty, hopelessness, frustration, and lack of opportunity to exist.

It is important to remember that gentrification is intentional. It is rooted in biased practices that favor the white, middle-class majority over minority populations. The language used to describe gentrifying activity (like “urban renewal”) is rooted in racial bias that pits the white over black and brown minority groups, thus removing the connection of our shared humanity in favor of racially-charged propaganda —and that is the real negative impact of gentrification—a racial divide continues to grow.

From this foundation, a false social hierarchy based on class and race develops that further divides residents and undercuts cultural understanding. For example, new white majority residents moving into gentrifying communities are primed with information (from realtors and bankers) that leads them to believe that their participation in homeownership will bring about a “good change” to the urban environment. This places whites in a position of social and economic power as they move into communities in which multi-ethnic residents have lived for decades. This position of privilege is often evidenced by the phrase, “This used to be a bad neighborhood” which is a common sentiment expressed by new residents who embrace their role in ushering change in gentrifying communities.

Entering an urban environment from a position of power, whether subtle, subconscious, or overt, leads to tension between long-term residents and new relocators, partly because white residents are showing more aggressive behavior in dealing with neighborhood cultural norms – an indicator that a posture of learning is eclipsed for judgment.

Ramon Hernandez, a longtime resident of Harlem, NYC, is a prime example of the negative impact of gentrification on the erosion of cultural norms in multiethnic communities and the criminalization of its minority residents.

“Ramon Hernandez has been sitting in a fold-up chair on his Harlem block every summer for decades. One recent evening, the 105-year-old had an evening dominoes game going with a couple of his neighbors as music played out of a nearby parked car. It’s a tradition in the historically Latino neighborhood that has been largely undisturbed for decades. That is until ‘the cops started coming about two years ago,’ said Edward Tineo, 42, one of the guys who plays dominoes with Hernandez.” (click here to continue reading Ramon’s story.)

When learning is replaced with judgment, the outcome is the erosion of longstanding ethnic-based cultural norms by white majority culture. This leads to further tension between racial populations and an increase in conflict resolution practices that often involve the police, which further escalates the correlation between gentrification and the criminalization of people of color in gentrifying communities. 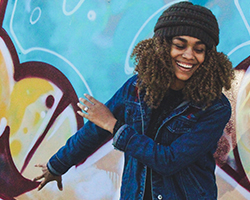