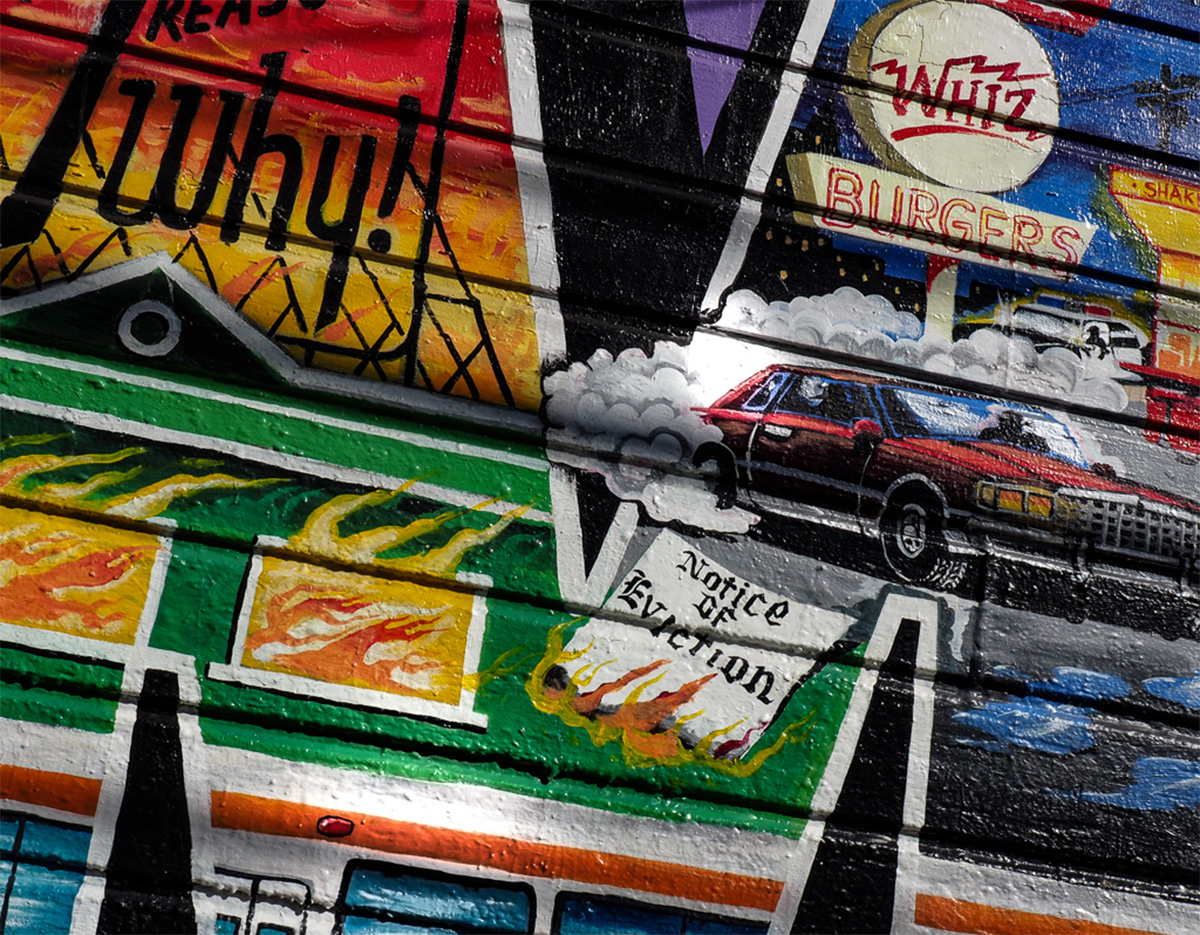 Let’s be honest. Gentrification is a lucrative business, generating millions of dollars in revenue for urban centers and municipalities across the United States. Given our nation’s roots in prejudice-based capitalism, driven by economic motivators and the accumulation of wealth, fighting gentrification is a losing battle.

A better way to invest one’s time and energy in the process of gentrification is by focusing on efforts that force a shift in the conversations happening in zoning meetings, planning meetings, and municipal board rooms to move away from the traditional practice of displacement as a “necessary byproduct” of urban revitalization to conversations that seek to integrate equitable development and holistic long-term growth planning in gentrifying neighborhoods.

The truth is, financial investment in gentrifying communities can occur without the displacement of minority populations. Economic revival can occur in ways that give thoughtful consideration to ensuring all members of the community are able to remain a vital part of the neighborhoods they have called “home” for years. A reformed model of urban development can include incentives that balance people and profit in equitable and meaningful ways.

The following is a list of key practices that can be used as the foundation to advocate for holistic urban growth in gentrifying communities. These development practices may reduce the negative impact on people of color while opening access to more equitable housing and economic opportunities.

One way to ensure that low-income minorities are able to remain in gentrifying communities is to create caveats for renters to purchase their units from developers. Instead of evicting and displacing tenants, developers can partner with banks to offer financing options that help families purchase their units during the rehab process.

Another option is to mandate that a percentage of all new construction and rehabbed rentals are preserved as affordable housing units. This shift alone will ensure that viable, long-term housing options remain accessible to dozens of families that would typically be displaced due to rising rents beyond their income threshold.

A holistic approach to urban revitalization should include a combination of residential, retail, restaurant, and service-based businesses that will attract clients and deliver valued goods to the community. Lending practices, such as a small business loan fund, can be created to help small business owners purchase their buildings so they are not displaced by a spike in retail rent. In addition, municipal leaders can allocate city funds to be used as seed money for minority-owned businesses. This will ensure that ethnic minorities are able to receive loans at a standard rate and will circumvent illegal lending practices that typically issue higher interest loans to people of color.

If one of the primary contributors to the displacement of minority residents in gentrifying areas is the sudden rise in property values due to the approval and influx of new construction (which then drives a spike in housing rentals, across the board), city officials can enact measures that limit the size and number of new construction units. In tandem, municipal development plans should also enforce measures that preserve existing housing from being demolished. The practice of grazing multi-unit buildings in favor of replacing them with multi-dwelling “luxury” units or single-family “McMansions” is the single-largest contributor to the displacement of longtime, low-income residents in gentrifying communities. Protecting and preserving existing multi-unit buildings will stave off the number of minority families evicted from their community.

In the second article of this series, we touched upon the issue of the replacement of longstanding social mores and ethnic culture by the dominant white, middle-class culture that occurs in the process of gentrification. In order to bridge socio-economic and ethnocultural differences between long-term residents and new relocators, there are two important steps that can be incorporated into holistic urban revitalization plans.

The first step is to appoint a community-based coalition that fosters dialogue and feedback. If economic equity, pathways to homeownership, and multi-cultural presence are all desired outcomes in a holistic revitalization plan, then the development process must hold a commitment to inclusion. If the only voices present “at the table” are those of developers, bankers, and power players in City Hall, then gentrification will continue to perpetuate power-based values that benefit the white-majority while punishing minority populations. Community coalitions are an excellent way to intentionally solicit feedback from local residents, by creating space in town-hall and other formats, to share concerns, experiences, and ideas.

The second step is to coordinate a series of community meet-and-greets. Whether hosted by the Community Coalition or faith communities or non-partisan civic groups, the purpose of meet-and-greets is to offer social activities, block parties, and forums designed to bring people together,  learn about the richness of cultural diversity, open dialogue between residents, and help resolve community conflicts in positive, productive ways that benefit the greater good and reduce the unnecessary police presence as a tactic to handle general disputes (like noise concerns).